Viviane is a lawyer who has led several lives at the same time (see her filmed portrait "Viviane Fischer, Reiner Fuellmich, 3/3: Who are you, Viviane Fischer?"). An atypical personality with an unconventional vision, she saw in the spring of 2020, behind the screen of the pandemic, a « global coup » requiring an international investigative committee.
With the Corona Investigative Committee, Reiner and Viviane have heard since mid-2020 hundreds of scientists and whistleblowers, some from the core of the system, most of them excellence in their fields (researchers in pharma, doctors, financiers, politicians, members of governments, Nobel Prizes, etc.) thus reconstituting the global panorama of this « global coup ».
Through the Corona Investigative Committee, Reiner and Viviane have also built a network of dozens of lawyers and jurists acting together around the world.
The Grand Jury-The Court of Public Opinion judicially formalizes the work of the Corona Investigative Committee, and creates the matrix for :
- an awareness of the public (i.e. peoples all over the world)
- future criminal proceedings when the public is in a position to have them carried out.

This interview in English with Viviane Fischer and Reiner Fuellmich is divided into three chapters.
At 0'53 :
What are the objectives and expected results of the Grand Jury ?
At 14'46 :
Who are the putative defendants ? And above them, who would lead this supposed « world coup » ?
As a sub-chapter, at 24'51, a focus on the demonstration of Dr. Michael Yeadon (former vice president at Pfizer) and his team, showing the lethal intentionality in some batches/lots of Covid vaccines. (https://odysee.com/@Corona-Investigative-Committee:5/Mike-Session-86-en:0 => Yeadon's demonstration starts at 40'41).
At 33'06 :
What should the public, the people, do ? How can each of us act or should act?
At 42'40 :
As a bonus, a moment together.

Michel Caulea
Index of some names mentioned during the interview :

13'06
Davos, WEF :
World Economic Forum which meets every year in Davos, chaired by Klaus Schwab, promoter of the Great Reset.

15'07
Christian Drosten :
Controversial German virologist. Inventor of the absurd concept of "asymptomatic Covid" and promoter of recalibrated PCR tests to turn negative healthy subjects into positive cases. That being against the warnings of Kary Mullis, Nobel Prize, inventor of PCR tests (which are a diagnostic aid and not the diagnosis itself), Mullis who died suddenly just before the "pandemic".
15'08
Anthony Fauci :
Director of the National Institute of Allergy and Infectious Diseases (NIAID) in the United States. Fauci has been driving health policy since the first day of Covid. Unmouvable, despite the serious failures, the clashes with Trump, but also the scandals, anomalies and lies highlighted by several Senate committees. Fauci is the darling of the American mainstream media which never disseminates any negative information about him.
15'09
Tedros Adhanom Ghebreyesus :
WHO Director-General.

16'08 and 24'08
BlackRock and Vanguard :
The two largest global investment funds.
These two financial multinationals are invested in and/or control plenty of the large corporations in countries around the world, and even plenty of the small and medium-sized corporations listed on the stock exchange in the strategic sectors of the current global economy and the future.
For example, BlackRock is invested directly or indirectly in 30% of the Chinese economy.
Blackrock and Vanguard capitalization, each one of them, is at least comparable to the budget of the European Union. Probably infinitely more if we include shadow banking.
It is notoriously said that BlackRock and Vanguard buy what and who they want.
27'43
Dr. Wolfgang Wodarg :
A renowned German pulmonologist and MP (1994-2009), an esteemed figure of all parties and parties, he has long been the interface between the political world and that of medical research in Germany. President of the Health Committee of the Parliamentary Assembly of the Council of Europe, he was at the origin of the resolution which, in 2009, aborted the delirium of the H1N1 "pandemic" and the related vaccination campaign, heralding Covid-19 and current vaccines.
Precisely, Wodarg demonstrated from the beginning of the current pandemic that the threat was not health but again political. He then warned about the dangerousness of the so-called Covid vaccines.
Hero of the mainstream media in 2009 for having foiled the fake narrative H1N1, Wodarg is this time slandered by these same media, called a conspiracy theorist, censored, insulted.
Go figure.
28'06 and 28'07
EMA :
European Medicines Agency.
FDA :
Food and Drug Administration.


35'56 and 39'04
Mattias Desmet :
Professor of Psychology and Clinician at the University of Ghent. Desmet works on the psychology of crowds and totalitarian phenomena. 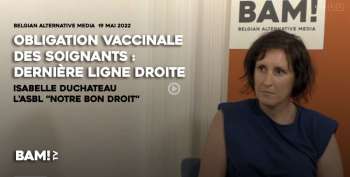 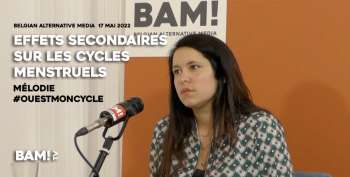 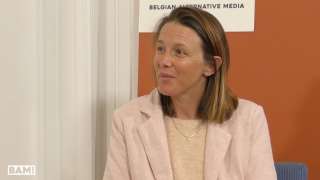 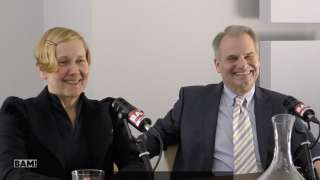 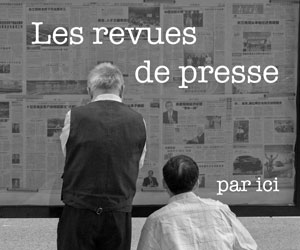